BESPOKE GOLF COURSE CONSTRUCTION ACROSS THE UK AND EUROPE

The club wanted to reinstate the look of the “lacey bunker edge,” with sustainable bunkers that would be able to withstand the hot summer months. The ultimate aim of the project was to work around the beautiful heather throughout the course and rebuild the tees and paths, with the ultimate goal of bringing back the original design strategy of Tom Simpson. New Zealand Golf Club wanted us to be inspired by the style and design philosophy of Tom Simpson and enhance the experience and the unique culture of the course, whilst delivering a realistic schedule that would deliver the project on time and without impeding on its club members.

With our vast experience of working on classical golf sites, inspired by the architects of the “golden era,” and our expertise in working with bunkers, we successfully delivered the project on schedule. At the heart of our ethos throughout this project was to utilise our shaping skill sets with our desire to build sustainable products using specialised machinery. Having previously worked on previous projects with Architect Frank Pont, the New Zealand Golf Club project allowed our talented team to continue to set the bench mark within our industry. 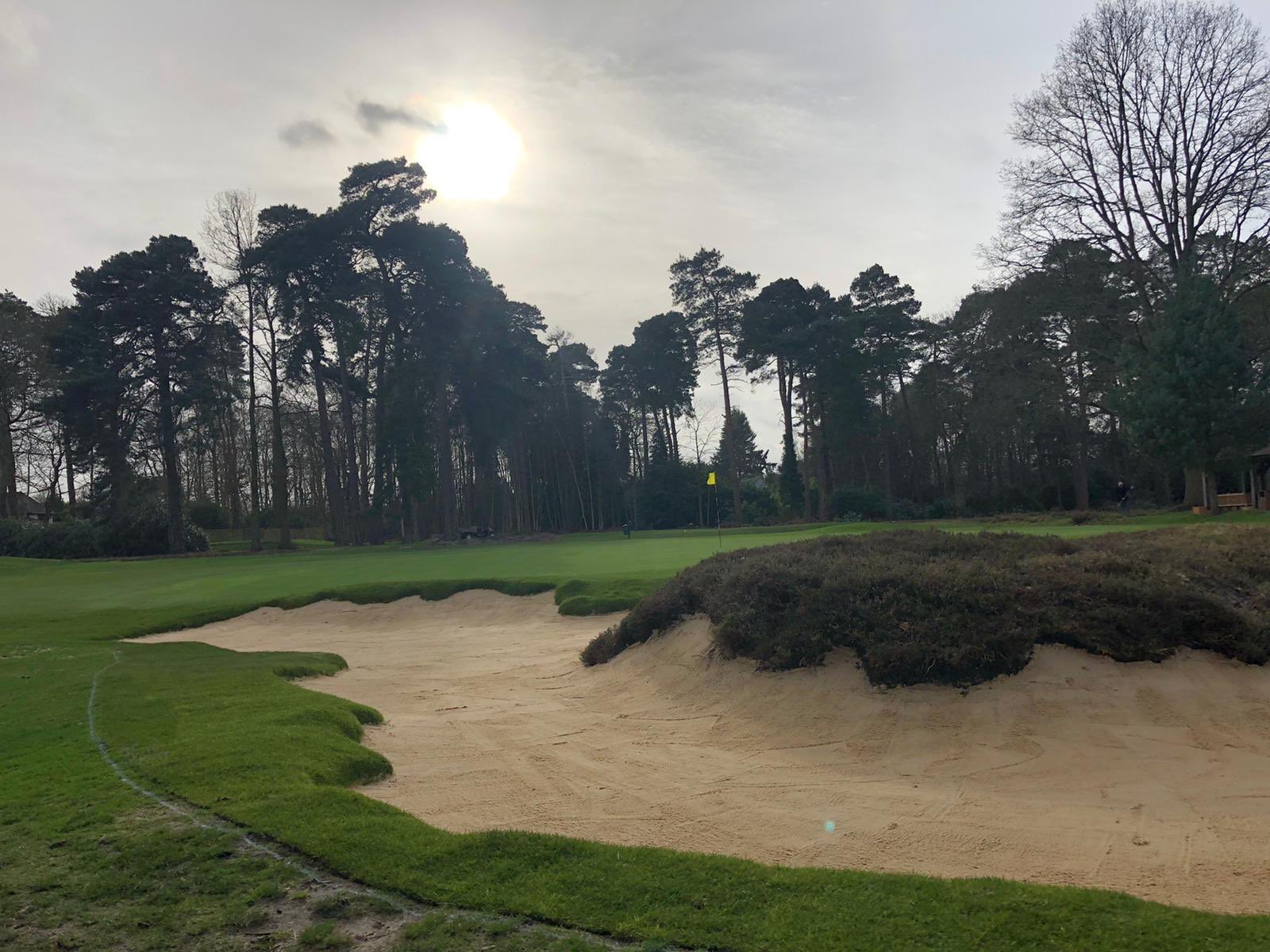 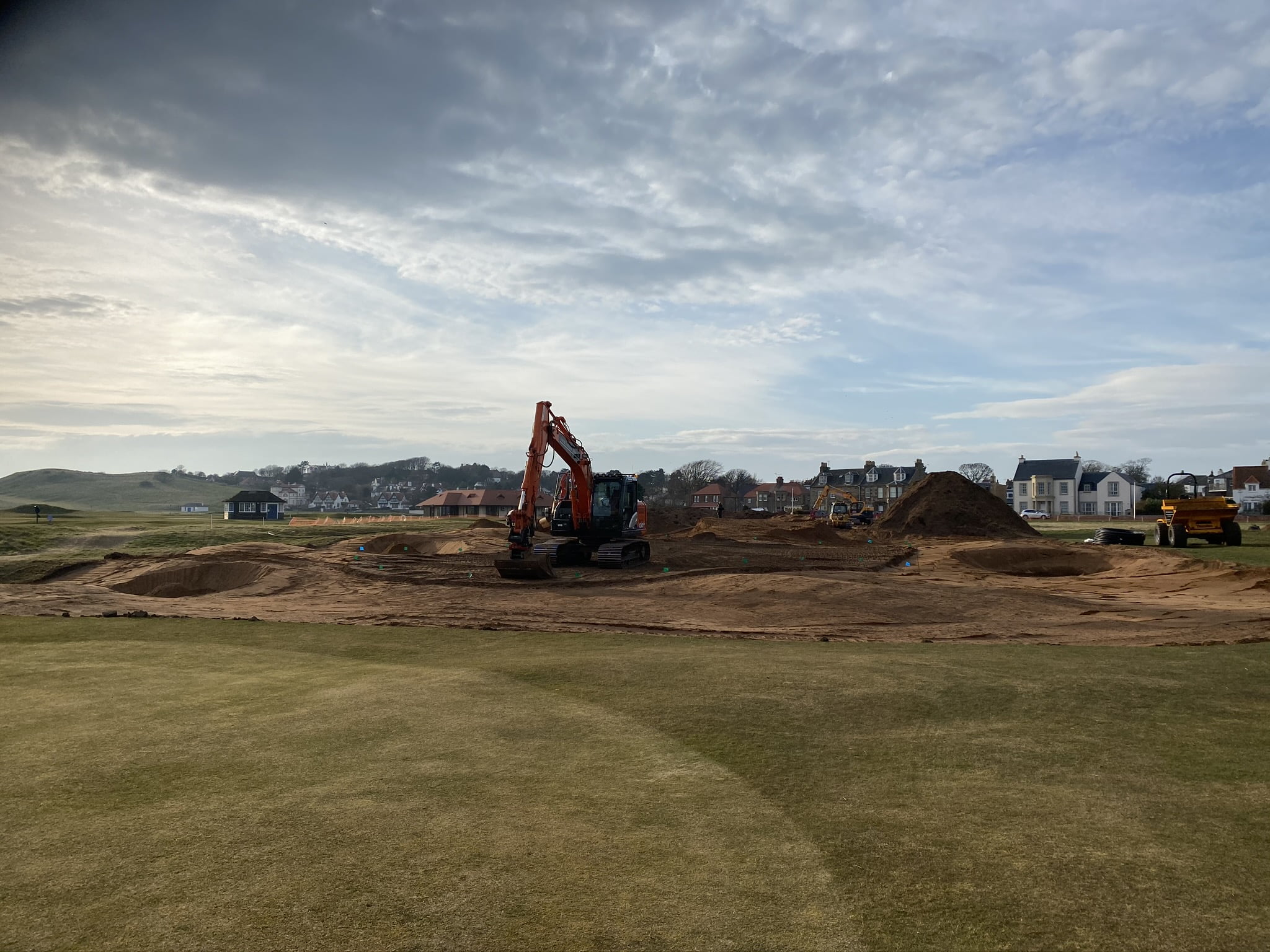 Gullane Golf Club asked us at CJW Golf to carry out construction works at the famous links course in East Lothian. The works required us to build a new putting green, a new 18th green for course #3 and also a state of the art 7000m² practise facility.

Gullane needed to carry out these works to accommodate the number of visitors they have coming to the golf course every year while also feeding the demand from the membership to have high end practise facilities. The intention also was to retain lots of their talented golfers from going to other golf clubs. We carried out initial works in October 2019 building a new putting green. This was completely built using all materials on site blending and mixing our own roots zone with turfing works carried out by Gullane Golf Club. We then returned and March 2020 to carry out works on the 18th green site on course #3 and a new practise facility.

Working with James Edwards of EDI golf design we implemented the changes required to the 18th hole which then gave us the space to develop the practise facility. The practise facility had to be in keeping with the links theme so we translocated 3,500m² of native grasses, we built a 1300m² putting surface plus 7000m² of surrounds. The works were carried out over a three week period using all materials on site excluding the importation of turf. Full irrigation system was installed. Practise facility is now the envy of all the golf clubs in the area.

In the summer of 2019 CJW Golf were appointed by the club to work alongside Frank Pont GCA to develop and complete works on the 10th hole at the Upper course.

This project was not a restoration, though working with Frank Pont the works were based on “inspiration” from Colts previous works on the course. This included runoffs around the greens and a bunker style based on a pictures taken when the course was built by Colt.

The bunkers had to be built in a manner that not only provoked a “Colt “ style but also were practical for members to enter, exit and play from. The previous bunkers also suffered from heavy sand contamination after heavy downpours washed bunker faces. To help prevent this a construction method of using a rubber crumb bunker liner, revett strips for the bunker lips followed by rolling the sod turf over the lips. Irrigation was also installed around the bunker lips to help with agronomics but also to allow the maintenance staff to add moisture to the bunker sand if required.

The green surrounds and approach were reshaped to provide a more generous golfing corridor, previous shaping repelled weak golf shots into the undergrowth and out of play. The intention of the GCA was to widen and contour the approach and surrounds of the green to provide a less risky approach shot, especially for the weaker golfer but also enhance previously unused pin placements for the more able player.

To improve the agronomics of the working area all the topsoil was stripped and removed from the working area and capped with imported rootzone. The aim would be to eliminate the common Bermuda grass and replace with a high quality bent grass for the surrounds.

After completion of the works, the friendly contouring and shaping around the green has allowed for the opportunity to play more variety of golf shots and recovery shots which previously were not possible on this tough golf hole. 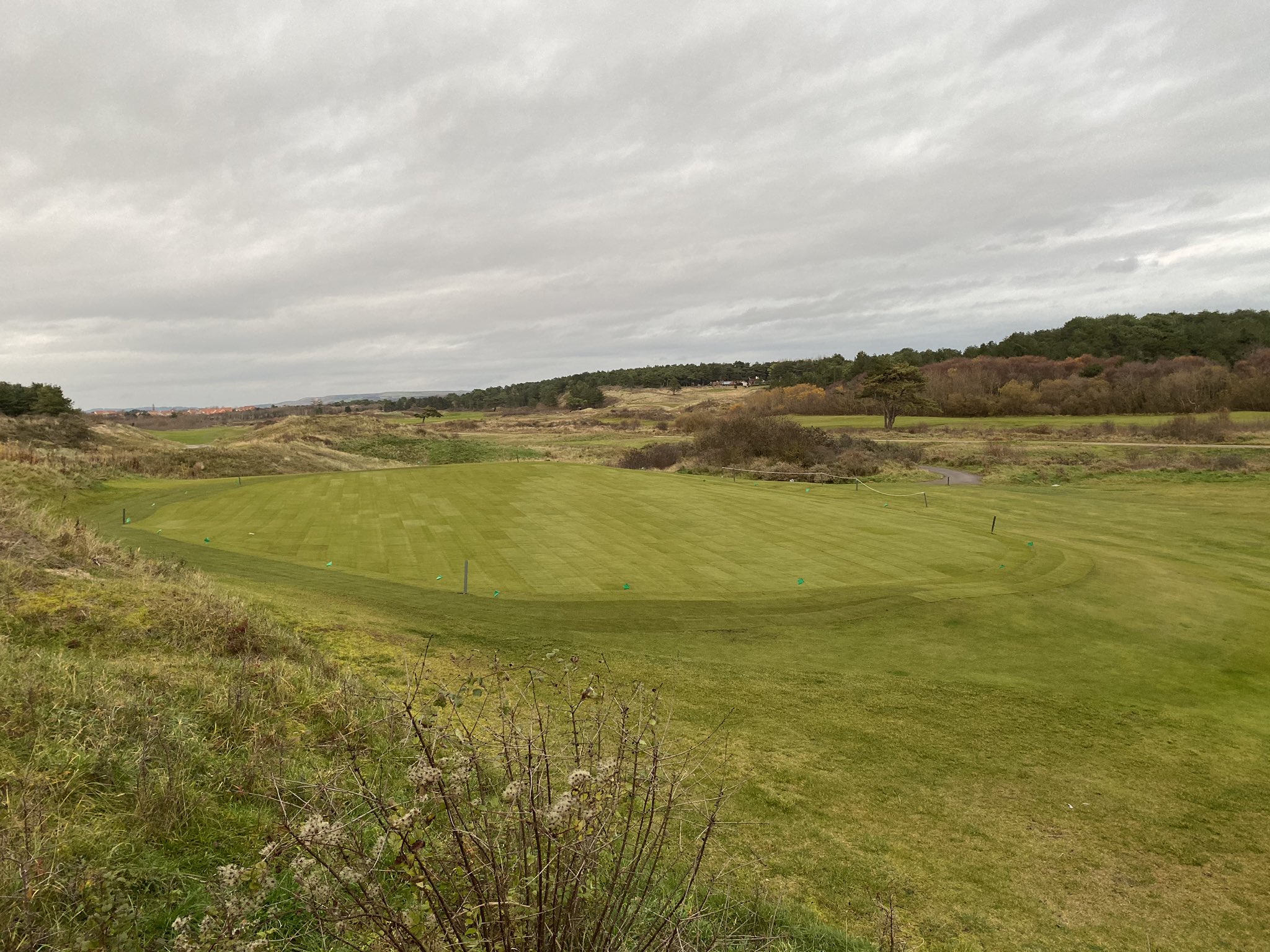 CJW Golf, were appointed by Nicolas Boissonnas to carry out works at the world renowned Le Touquet and Hardelot golf resorts in northern France.

Initial works were carried out at Hardelot le’pins  starting with building a new green site and bunkers on the 14th hole. working with Patrice Boissonnas and golf course architect Frank Pont, we moved the green to the right to allow improvement for agronomical reasons. CJW Golf also rebuilt the putting green outside the club house, in a style more in keeping with the Tom Simpson greens site on the course. the greens were turfed using grass from the greens at Le Touquet.

The 12th was built with a different process, as the green was an original Colt design, it was important to keep the exact grades on the surface. to achieve this we surveyed the greens with a total station prior to the turf being lifted, this created a digital terrain map with accurate levels. once the turf was lifted the green was cultivated and had a natural amendment added. the green was then compacted and worked by hand using the total station to reinstate the exact original grades back onto  the putting surface.

All greens were turfed using an imported fescue mix from the UK.

“I would recommend CJW Golf to any golf club looking to improve their course, his professionalism and work ethic is second to none. Having lived with a very poorly designed hole for too long, we decided to make major improvements, after looking at several designers and shapers we chose Conor Walsh, his attention to detail and ability to blend new with old is in my opinion second to none.

Having watched Conor shape Machrihanish Dunes, I had no hesitation in asking him to travel to Hesketh to improve our 15th green complex, in one week he transformed a bland poorly designed hole into what, in my opinion will become Hesketh’s signature hole. Looking at the 15th green complex now at Hesketh, i am delighted we chose Conor Walsh, the members are even asking when he’s coming back!!”

“I am pleased to write this testimonial on behalf of Conor, he was a lynchpin in DMK Golf Construction Services team in creating a stunning golf course at gWest, that has retained the character of the surrounding heathland topography. His ability to lock into the designer’s requirements and subtly move and mould the topography such that at the end of the day the discerning golfer would presume that the course was timeless and untouched by human hand. This ability to move the large pieces of engineering equipment deftly to create the subtlety in shaping of the golf holes is awesome. We at Ochild Developments (UK) Ltd., would be more than pleased to provide a reference for Conor and have no hesitation in recommending his talents to other clients.”

“CJW Golf worked with the contractors on the shaping of The Castle Course at St. Andrews from 2005 through to 2007 and was an integral part of the team that developed the rugged look The Castle Course has become known for. Conor’s main forte was the intricate shaping and construction of the bunker and teeing complexes and St Andrews Links Trust are delighted with the work he produced.”

“Conor was the lead European shaper during our time at DMK Golf Design. There we worked together on several high profile projects within the DMK portfolio. On each project Conor’s understanding of landform, his unique ability to interpret the vision of the architect from a simple on site discussion and add his own creative flair assured the creation of some stunning golf terrain. Conor is equally at ease on the bulldozer or excavator and his quality of workmanship on either is first class. He has worked on all types of terrain and his varied on site experiences enable him to offer more to a project than just shaping services. He is easy to work with, communicates well and admits to being his own worst critic when evaluating his own work.

Conor is a strong asset to any golf construction project he is involved with and I have no doubt he will continue to create the best golf courses in the business.”

WE ARE COMMITTED TO DELIVERING BEYOND YOUR EXPECTATIONS

This website uses cookies to improve your experience while you navigate through the website. Out of these cookies, the cookies that are categorized as necessary are stored on your browser as they are essential for the working of basic functionalities of the website. We also use third-party cookies that help us analyze and understand how you use this website. These cookies will be stored in your browser only with your consent. You also have the option to opt-out of these cookies. But opting out of some of these cookies may have an effect on your browsing experience.
Necessary Always Enabled
Necessary cookies are absolutely essential for the website to function properly. This category only includes cookies that ensures basic functionalities and security features of the website. These cookies do not store any personal information.
Non-necessary
Any cookies that may not be particularly necessary for the website to function and is used specifically to collect user personal data via analytics, ads, other embedded contents are termed as non-necessary cookies. It is mandatory to procure user consent prior to running these cookies on your website.
SAVE & ACCEPT